Purchasing a cremation urn in advance is a wise decision

Matthew S. Kennedy
Ceramic Art Website: I specialize in custom one of a kind memorial urns.

Land of the Rising Sun 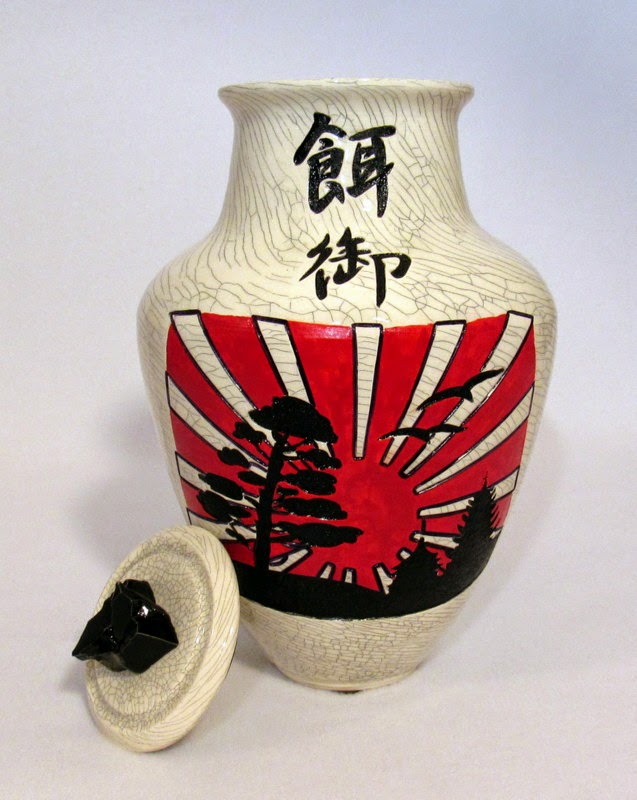 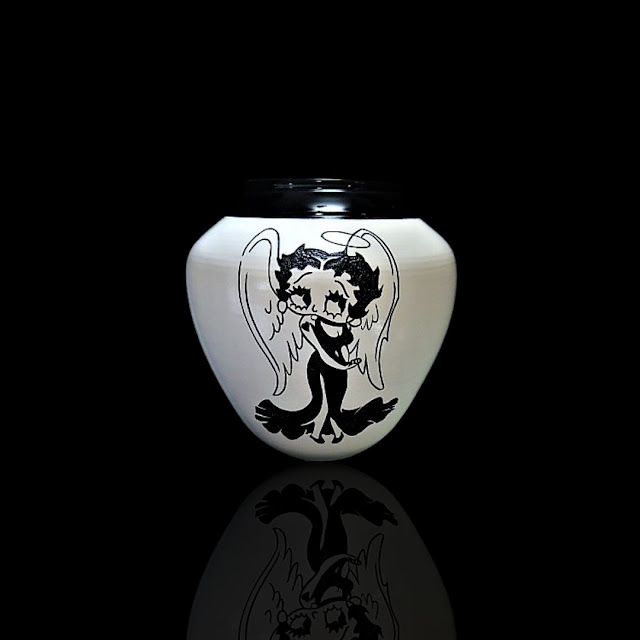 This is a special Betty Boop Cremation Urn That I created. She has angel wings and was fun to create. I painted black glaze on the upper rim part of the urn. A tattoo machine was used to carve her hair and other parts.  Testimonials  Matt has a talent like no other. I have seen Matt work and he is a genius using a tattoo machine for his work. Matt is creative, a dedicated hard working individual. His pieces are stunning and something that a family member can hold a memory of a loved one. You couldn't meet a more caring person. Matt takes passion in all he does. I'm honored to own a piece and to call him my friend. - Allison K   ​Matt does exceptional work! Very creative, excellent attention to detail and will go out of his way to ensure you have an exceptional experience. - Cliff R   I met Matt 4 yrs ago I had gotten one of his necklaces with rock from our local beach it is the coolest necklace I have I wear it all the time I feel its lucky to me it still looks new too it 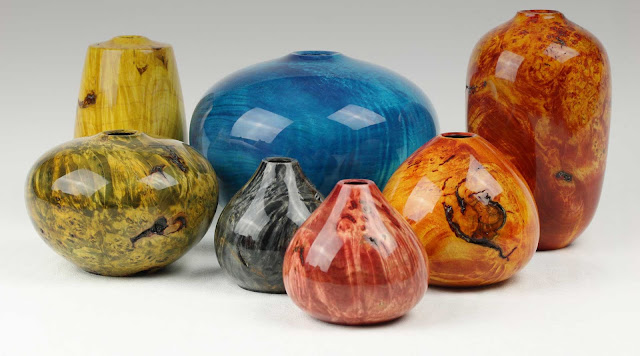 Born in Australia, Phil was brought up with wood in the family, his father was a woodworker and antique restorer. Phil's first introduction to woodturning came at the age of 13 when his father acquired a cast iron child's treadle lathe, made in the USA in the 1870's. He took it up as a serious hobby in his late 20's and after a 6 year spell in the travel industry he took the decision to make it his profession. (1994) His knowledge and appreciation of English timbers was initially gained from working as a tree surgeon/forester for several years. He has won numerous awards in national competitions and is regularly invited to teach and demonstrate his techniques nationally and at an international level, including, France, Belgium, Spain, Germany, Finland, Ireland, Norway, New Zealand and the USA. Phil is the author of several magazine articles and a best selling project book that has been translated into 9 languages. He is best known for his vessels and hollow forms with 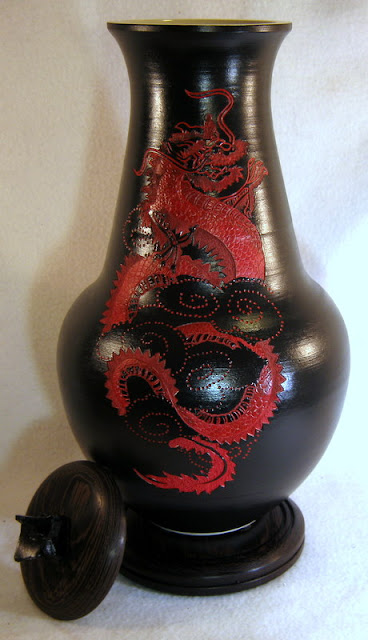 This is a tribal dragon urn that I made from a design I found in a cool little book called "Modern Tribal Tattoo" It has all kinds of cool tribal art in it. I use it to draw my designs I create now and it is very helpful. I highly recommend the book if you are in to tribal. The piece below is kind of an hour glass shape with fine carving lines against a black ink background. This shape is kind of your flowing vase shape with the same design.  This was a custom order urn that I did for a client and they requested that I put there name on in Japanese on the back of the urn. I like the way it really personalized it for there son who passed away. Check out my Websites! www.ceramictattooart.com www.custommilitaryurns.com   Social Media Instagram Ceramic Tattoo Art Blog Youtube Twitter LinkedIN Pinterest My Amazon Coloring Book Facebook Coloring Page   Custom artistic Urn Orders are available e-mail:   toot